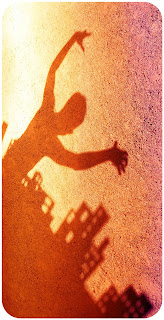 In mid-August, I started rereading Thomas Pynchon's Gravity's Rainbow, which I'd last read around the time the Cold War was thawing. Following the 1997 publication of Mason & Dixon, an extravagant, decadent, hilarious re-imagining of American history, I'd revisited his other novels, but despite my admiration for it I neglected his Big Book, telling myself it was too long, too troublesome -- really just too much work. I'm unsure now what changed my mind here of late, maybe just the notion that good books change through time as will good paintings under shifting afternoon light, and that the time had come for me to read it again.

The plot of Gravity's Rainbow, such as it is, winds around a conspiratorial quest for an experimental V2 rocket, code-numbered the 00000. In the aftermath of the Second World War, a menagerie of characters from all races and nations grope across war-torn Europe: some seek the rocket (or, later, at least information about it), some seek each other, some seek only to disrupt the quest itself. There are plots, counterplots, red herrings, and monumental distractions. Central but by no means crucial to this labyrinthine treasure hunt is American lieutenant Tyrone Slothrop, who discovers a creepy, Pavlovian connection, dating from his own infancy, to a certain plastic used in the rocket.

Having said all that, it isn't as important to Pynchon what these characters do so much as how and why they do it -- he sometimes lingers for pages over the inner thoughts of an obsessed character. And for the first third of the novel, their obsession is the progress of the war, specifically Hitler's blitz of London as the V2 rockets come soaring in from Holland. Pynchon manages not the personal, paranoid mania of Catch-22, but a diffused, electric, collective terror. There are some moments of Heller-esque angst, but the characters mainly try to take it in stride, making oddly clinical observations as Death follows Poisson distributions across maps of the city. This is in eerie contrast to careful descriptions of the urban destruction caused by the rockets:


The rubble waits him, sloping up to broken rear walls in a clogging, an openwork of laths pointlessly chevroning -- flooring, furniture, glass, chunks of plaster, long tatters of wallpaper, split and shattered joists: some woman's long gathered nest, taken back to separate straws, flung again to this wind and this darkness.

It seems almost funny now, that I'd been thinking how Pynchon's great book had, in some ways, become an anachronism. The 750-page buildup, meticulous and beautiful in depicting the origins of the post-war world, flashes forward in the novel's closing moments to a chilling, definitive moment of Cold War fear: air raid sirens blare over Los Angeles, and The Bomb is dropped.

Entirely feasible, even viewed as inevitable by many when the book was published in the still-dawning 1970s. The subconscious anticipation of a singular Armageddon, for our world to come to a fiery, nuclear end in less time than it takes for the Red Sox to play the Yankees on any given sun-bleached Saturday afternoon, was for nearly fifty years part of everyday life. Then for a while, the blissful 1990s, it seemed such fears were newly unfounded, even quaint: there would be no Duck-and-Cover moments, there would be no Terror from the Sky.

But now, though the equations differ from our present reality, the sum of Pynchon's novel is the same: we are, in our own way, back to the Blitz. And so, for a while, I had to stop reading. The descriptions of devastation and fear were too uncannily similar -- even down to a character remarking on wartime city destruction that begins in the south and spreads north -- to what I was already seeing on television and in magazines.

But when I did resume reading, I began gleaning something different. Though caution must be observed in willful interpretation (near the end of the novel is a fictitious hymn containing the lines "Till the Light that hath brought the Towers low/Find the last poor Pret'rite one…" which is, for my money, far more prophetic than any of the Nostradamus claptrap that's been making the rounds lately) I was seeing a great deal more hope in the story than I'd previously noticed.

The very final seconds of Gravity's Rainbow take place in a London movie house. True to the clichéd motto of Stiff Upper Lip, London proceeded about its usual business during the horrors of 1944 -- up to and including all the usual entertainments. The theaters were kept open, and everyone went, brazenly so. What better way for ordinary people to withstand the barrage of rockets than to Keep Calm and Carry On, to conduct their lives as if Death were not ever above and around them, gathering its powers for a silent (or not so silent), sudden strike. Because, given pause for thought, isn't that the case every day? Don't these horrific events, be they in 1944 or 2001, merely eradicate the schedules and symbols we use to distract ourselves from that Inevitable Zero?

In Pynchon's theater, the film breaks -- a precursor to what will happen to all the lives within when a V2 rocket, falling, falling, hits the roof. But in the meantime, the patrons, who seem to know what's happening, have erupted, together -- together -- into song (actually, that hymn mentioned earlier). It is a moment that perfectly symbolizes a struggling Humanity, determined to survive, even if only because survival is all humanity knows. Yes, we will all move beyond the Zero. In due time, or undue time; perhaps naturally, perhaps violently. But for now -- for the very reason that we are Here and Now -- that alone should give us reason for Hope. That it should be our pleasures, our "distracting" schedules and symbols, be they mindless or not, that give us joy and purpose in every second of our lives.

Originally published in the Mobile Register as "What Comes Down Must Go Up: Re-Reading Gravity's Rainbow After 09/11/01," December 23 2001
Posted by Gilbert Jim at 2:00 AM No comments: