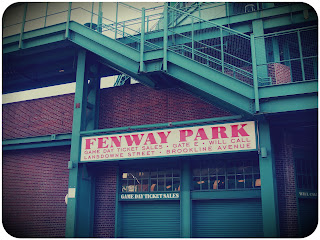 During Game 3 of the 2004 American League Championship Series, as the Boston Red Sox were trailing to their hated rivals the New York Yankees, one of the Fox broadcasters crawled into the stands of Fenway Park to have a word with season-ticket holder Stephen King. Asked how he'd like the series to turn out, King replied that though he enjoys drama and suspense, he also likes happy endings. It turned out the master of modern horror couldn't have scripted a darker hour for the Sox, nor a happier, more historic ending.

Faithful is a journal of the 2004 Red Sox season, co-authored by King and fellow author Stewart O'Nan. In tandem they viewed, either in person or via television, every game in 2004, from spring training on through to the Fall Classic, with their eyes toward assembling this chronicle. Their ground rules were refreshingly simple -- no press-pass locker room access, no hobnobbing with players (other than O'Nan's often amusing batting practice brush-ups), no insider reporting. King and O'Nan skip all that in favor of just jawing about the games like any two fans might, over beers in any given New England tavern.

The jacket flap of Faithful describes the contents as "a fan's notes" and it is precisely that, a commonplace book of plays and scores. As such, there are no pauses to explain who the players are, no definitions of the field positions, no "story-so-far" expositions on Red Sox history, no long soliloquies about the Meaning of Baseball in Our Society. (Well, maybe a couple.) This is a straightforward contemporary keepsake for Red Sox Nation (and, by the way, anyone who hates the Yankees on principal is an honorary citizen), and for the kind of fan who knows his way around a scoresheet, who'd rather listen to a static-stitched AM broadcast of a game (King: "With each inning you build your own Fenway of the mind from scrap-heap memories and pure imagination") than watch the graphics-laden Fox Game of the Week.

To that end, O'Nan and King work their assignment like the best kind of chummy booth announcers -- O'Nan reeling out meticulous play-by-play accounts, King stepping in occasionally for extended color commentary. Faithful resembles nothing less than the longest sports-page recap in history. And that's a good thing. Just as we teach our children sportsmanship via the old "It's how you play the game" chestnut, in this case it's not that we already know the triumphant final scores, but how the nuances of the games are communicated.

O'Nan, award-winning author of A Prayer for the Dying and The Night Country, is the more detail-oriented of the two, often spending pages analyzing a single game, describing each play. He has his fun though, sneaking a telescoping fisherman's net into Fenway to catch longballs off the Green Monster, and taking shots at the "chucklehead blabbermouth" television announcers ("McCarver -- the true inspiration behind the mute button"). His enthusiasm for proper baseball coverage, and the game itself as an entity of history and emotion, sails over the edge of the page: "A straight score, lumped with others from around the league, is flat and paralyzing. It's a mindless, uninvolved way to follow baseball, almost zero content, as if the game is just about winning or losing."

King takes a more Gonzo approach to the progression of games, sometimes lumping several together, searching for a hint of context, and his informal, cozy style is engrossing, as ever. He does get away with a few flourishes classifiable as Baseball Romance, though always briefly enough that the no-nonsense ethic of the book isn't sacrificed -- such as one instance explaining the bedrock attitude of New Englanders regarding their beloved BoSox: "We buy new cars expecting them to be lemons ... we expect the snow to turn to freezing rain, rich relatives to die leaving us nothing, and the kids to get refused by the college of their choice. And we expect the Red Sox to lose." True enough. One can't help but wonder how much this attitude has since been adjusted, and happily so.

The journal is also peppered with email exchanges between King and O'Nan; these connective, intimate moments allow the reader to feel he's eavesdropping on two well-versed fans discussing their favorite pastime. At one point, O'Nan describes a phone conversation during one particularly gripping, and ultimately disappointing, game: "When [King] hangs up, I feel like I've lost someone on the suicide hotline." Such has been the plight of the Red Sox Nation; as King elaborates: "Red Sox fans can't escape the Red Sox; that is the basic fact of our existence."

Such touches keep the book from becoming the equivalent of watching a Tivo replay of a game you've already seen. Still, the temptation is great to fast-forward to the good plays, the standout moments, like the mid-summer brawl with the Yankees that marked the turning of the tide for the Sox (that's the photo gracing the cover, after all), or perhaps to a Fenway game you might have attended just to see the coverage these guys provide.

More ink has been flung at baseball than at any other sport, often from pens held by too consciously erudite hands. Faithful is refreshingly and gracefully free of romanticism, of social explanations, fitted symbolism -- the kind of overthinking that sometimes plagues a sheer appreciation of the game. It is a book about the machinery of the game itself -- no frills, just a couple of fans (okay, a couple of extremely well-spoken, best-selling fans) ignoring literary pretension to hash over the plays and the players, the games, and the trades. Just like the rest of us do, citizens of Red Sox Nation or not, for 162 games, every season.