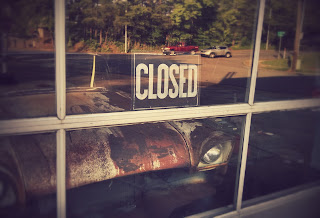 Rod Serling must be counted as one of the most influential 20th Century talespinners; his main creation, The Twilight Zone, if considered as a 5-year-long (rather than X-pages long) short story anthology, would be a perennial backlist bestseller, ranking easily with, say, Winesburg, Ohio or The Complete Short Stories of Flannery O'Connor. But images don't necessarily age as well as words: the production values, the fashions, the reflected culture all conspire to make those groundbreaking episodes seem quaint by modern standards. Not to mention the Zone stories and their elements have been copied, recycled, and imitated palely by scores of lesser storytellers, so it's easy to reverse attribution -- you might think you've Tasted This Before, but the truth is, this time you're drinking from the Well, not from a bottle of filtered tap. The oft-copied elements seem familiar, but the tingling Soul of those stories remains true and pure and poignant. This is the feeling I had while reading Brad Watson's new novel, The Heaven of Mercury. That I had found a Well, pure, true, and deliciously deep.

It's a puzzle every modern Southern author faces: how to cultivate something new out of the battered old landscape. Southern Lit (coming to be known as "Grit Lit" in some circles) is now practically a genre unto itself, with its own Gothic story elements and character archetypes and settings; excessive re-combinations of these pieces lead to an intrinsic sameness and predictability, which fails drama. Watson has solved this puzzle. A picture emerges of a slightly different kind of Old South. Not Faulkner's old South of dusty roads and crumbling plantation mansions; this is the pre-Segregation, middle-class South: brick downtowns, shaded suburban homes, timeless in a way, not yet taken over by television and franchise chain-stores, and so retaining an indigenous flavor and heritage. A place outwardly stolid yet troubled, like the Illinois of Ray Bradbury or the backroads Maine of Stephen King. Just as those places are vexed by lost innocence and the supernatural, Watson's Mercury, Mississippi, is plagued by broken dreams, missed opportunities, repressed racism, and unrequited love.

As described by Dante, Mercury is the second level (out of a possible ten) of Paradise, where dwell the spirits of folks who achieved great things for the wrong reasons -- despite themselves or by accident. Even though it might have been a self-serving motive, well, you done good, and here's your reward. Mercury, Mississippi is an apt Earthly counterpart, where the characters collide and influence each other through their missteps -- sometimes comical, sometimes severe -- and the achievements are personal rather than grand, but the scale inclines rather than degrades.

The first half of the book follows an incomplete arc, describing nearly in full the lives of the principals: Finus Bates (Mercury as messenger: local newspaperman and elder radio personality) and his lifelong infatuation with Birdie Wells (whom Finus once saw perform a naked cartwheel, capturing his heart in orbit forever) set the trajectory for all the according storylines. He could never quite reconcile her real presence with what her presence suggested to him, and it kept him not only enchanted but also confused in some deep sense he couldn't grasp. But early on, Finus loses Birdie to the courtship of rival suitor Earl Urquhart, and subsequently finds himself in an unhappy, besieged marriage to Birdie's friend Avis Crossweatherly. There is also maid Creasie and her commonlaw husband Frank, whom Creasie believes is a wood-spirit made flesh, and Parnell Grimes, Mercury's funeral director, fevered with uncanny drives linked inexorably to his profession: through the blessed privilege of sensual touch lay contact with the spiritual world.

The book contains some of the best set pieces this side of The House of the Seven Gables. There's a breathtakingly ghoulish turn in the chapter titled "The Dead Girl." A violent family squabble and its long-term repercussions are detailed in "Blood." "Through the Mockingbird" depicts an eerie but redemptive journey through a graveyard. Late in the book, "A Lost Paradise" describes a Fort Morgan peninsula, circa 1906, so pastoral and idyllic that it makes the current development there seem the work of the Devil himself.

Watson builds these episodes (which unfold in a slightly disconnected, overlapping sequence, an evocation of memory itself) around immediate, emotional moments -- the death of a child, the passion of a lubricious affair -- but lets the narrative transgress outwards, into the future, until the reader finds himself viewing a scene as through the reversed lens of a telescope. This approach doesn't take the steam out of the drama, but rather gives it a context, just as a spotlight, illuminating a single character onstage, becomes subsumed by surrounding stage lights as they brighten to expose greater action taking place concurrently within the shadows: the fearful illusion of mortality -- and immortality, as well -- is lifted like a veil to reveal something simpler and more profound, without fear.

There is a latent racial divide in Mercury, defined by resigned acceptance rather than sensational, expressed tension, though it does resonate throughout the novel. The African American population lives in a ravine-sheltered shantytown, and is portrayed as nearly mythic: insular, strange, and half-wild creatures of the wood, more in tune with a natural order than their white counterparts, living in the proper if long-stagnant town, could ever hope to be. Shown through the voodoo/occult practices of Aunt Vish, who dispenses arcane potions from her cabin outside of town, they are neglected touchstones to man's more instinctive side, to forgotten knowledge, finally to secret retribution. As time passes, the Mercury blacks begin to trickle out to homes in old neighborhoods ... quietly slip their best (as wood creatures slip into our midst unbeknownst) into the local public schools and the state universities beyond, to live as real human beings in the real world.

Meanwhile, Watson addresses the imbalance with a grimly humorous symbol. An "electric Negro," a wooden dummy painted with minstrel features, built for use in some store window-display now as outmoded as the machinery of slavery itself, is kept locked in a shed behind Earl's house -- a legacy claimed but shunned, at least in the immediate. "Why don't they plug you into the electric? I know what you'd do. Go kill them all. Cut they throat." Though this dummy does indeed play a role, if only as a kind of silent Greek chorus, singing chords which resonate not to the ears, but to more sublime organs of sense.

Love and loss move through Watson's characters like alternating current. Viewed through his panoramic lens, they live long enough to suffer the deaths of wives, husbands, children, and eventually each other. The usual grief that applies to such final losses are not necessarily the defining moments here. It is the pulse between those lapses that counts; it is the carrying on that delivers them: The air is adrift with what presences are left behind, which find new forms in the living, in those who are most open and alive themselves, not slaves to ignorance and fear.

So although the book seems to end half-way through, with a string of obituaries written for the newspaper owned by Finus, the second half, mimicking planetary retrograde, doubles back to fill in those gaps which, during the initial pass of the story arc, disappeared as if into the cosmic haze described in the opening moments of the novel, or as if into the haze of memory itself. And there are plenty of surprises remaining before the narrative proceeds again forward, gently as a washing tide, even offering glimpses into distorted slips of air that revealed, like thin and vertical flaws in a lens, the always nearby regions of the dead.

Central to this second half is Selena Oswald, the young woman who becomes wife to Parnell Grimes. Selena, raised by the overpowering figure of her Primitive Baptist mother, makes a choice to give herself over to the Spirit; thereafter she believes in her capacity to perform "miracles:" She could make her teacher call on her for an answer, if she wanted to ... she could change the weather ... but more often she merely willed the weather to stay as it was, since she liked most kinds of it. Watson's observation of these ways we distract and illusion and thus invent ourselves unwittingly is at the heart of his humor and charm, and also his capacity to be heartbreakingly honest -- sometimes within the space of just a few words.

As the story doubles back on itself, it creates a pristine rendering not just of unrequited love, but unrequited life, as the two central characters look back, together, on their decades in Mercury, and Finus is able to imagine a time when love was more real to them then, when there were fewer things you could use to distract yourself from a thing which was so frightening and strange. This is not patterned drama, but a convincing interconnected web of lives and choices, a long journey through a tangled wood all as if in a semiconscious dream, a pretension of life ... a free traveling current or pulse in the passage of time -- yet viewed as a sudden whole, seeming therefore timeless -- moments intact and perfect as blades of grass plucked from a summer field. All time is in a moment ... these shapes are just the forms of memory and imagination.

By extending such a grand focus and by eschewing the typical heavy-handed Gothicism that infuses Southern storytelling, Watson approaches his territory with a resonant, laid-back, ironic humor that echoes Mark Twain in his more tender moods. At one point, Finus thinks: You couldn't convince a body anymore that there was integrity in the use of language. The entirety of this book is an argument for that integrity. The novel's prose is nearly tactile -- as refreshing and welcome as a finely blended milkshake on an August afternoon, going down rich but smooth and cool. The nectar, indeed, of a freshly discovered Well. And as the words grew fewer and fewer, I found myself wishing Watson's narrative would yet again, somehow, double back on itself and renew and continue: Seemed like something that would've had to happen in a separate universe or something. Maybe it had.

Originally published in the Mobile Register as "The Ascent of the Messenger," October 20 2002
Posted by Gilbert Jim at 2:00 AM No comments: