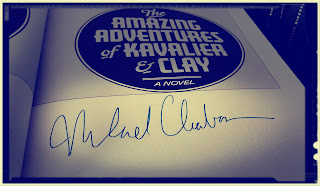 Presented at the Fairhope Public Library Tuesday Book Review & Lecture Series, November 9 2004
Revised for publication in the Mobile Register as "Chabon's Golden Key," November 21 2004
Posted by Gilbert Jim at 2:00 AM No comments: