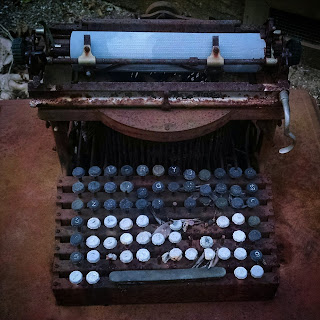 Remembering that night, November 2001, Southern Writers Reading. Interrupting the Alumni Grille portion of the evening to announce to the gathered souls in Theatre 98, who then erupted in cheers, that, just in from Hohenwald, William Gay had entered the building. Rest in peace.

William Gay -- a drywall hanger, house painter, and ginseng root gatherer from tiny Hohenwald, Tennessee -- kept a dark, dark secret for more than five decades of his life: He was one of the most brilliant literary minds of his generation.

Even to those who knew him well, this was apparently a facet of his life unrevealed during the years he spent doing practical labor to feed his family: "In a lot of ways it was like being in a closet. You really didn't go out on Monday morning and talk about the sonnet you wrote over the weekend." But Gay never thought of himself as anything other than a writer, "the highest thing," he believed, "that you could aspire to do."

To the literary world, it was a spring-loaded surprise, tripped with the 1999 publication of his first novel, The Long Home. That James A. Michener Memorial Prize-winning book was quickly followed by a second novel, Provinces of Night, and I Hate to See that Evening Sun Go Down, a collection of stories previously published in magazines such as GQ, Harper's, the Oxford American, and the Atlantic Monthly. Stephen King declared Gay's third novel Twilight (which features an immoral undertaker far more wicked and dreadful than any sparkling vampire or werewolf) to be the best book of 2007.

The 55-year gap between Gay's birth and the beginning of his publishing career is often mentioned as though it was time (and therefore art) criminally lost, though Gay himself apparently did not see it that way. He spoke in near-Buddhist terms of his journeyman process, of being at first more purely interested in the beauty of language over the movement of story, which earned him no publication credits. Having spent zero time in creative writing workshops or even speaking much with other writers (excepting a somehow unsurprising correspondence with Cormac McCarthy, in the time before McCarthy became a household name), Gay knew no mentor or peers to help direct his powerful natural talent. He was, however, a voracious reader -- it was nearly impossible to name a classic novel or a comic book with which he was unfamiliar -- and found lessons enough in studying Thomas Wolfe and Flannery O'Connor. And while drawing pay as a carpenter, he made more serious work of studying the people around him, their motivations, their flaws, their humor, their loves. Eventually, his narrative strategy took an organic shift toward more concrete storytelling, and editors and agents began taking notice -- but all that early concentration on crafting language would pay off: it is now difficult to uncover an article or criticism about Gay where he isn't compared, favorably, to William Faulkner.

Equally like Faulkner, Gay wrote of salt-of-the-earth Southern-born characters: bootleggers and juke-joint owners, young lovers trapped by the ghostly wrongs of their accidental lineages, carpenters and blues musicians, angels and devils incarnate. In short, ordinary people who find themselves walking the razor divide between Good and Evil, often then forced toward the hard choice that cuts down the middle. They swerve and collide upon harsh, illuminated landscapes: achingly described versions of the rural Tennessee that Gay observed and loved firsthand -- a knowledge that provides anchorage and manifest for his grander gestures and symbols.

While his themes are not exactly the stuff of musical comedies, his prose is not without levity, often downright hilarity: At the 2001 session of Fairhope's literary Southern Writers Reading series, Gay brought down the house reading a scene from Provinces of Night about two men using bricks to secure a blow-up doll beside a rural mailbox. (And for those fortunate enough to have heard Gay read his work aloud, it is impossible to view his words upon a page -- whether it is crafted prose or an off-the-cuff answer to a question in an interview -- without hearing his distinct voice: a Tennessee drawl more personal than merely Southern, so rich as to have often seemed like a language unto itself.) He was a master at what Bram Stoker referred to in Dracula as the King Laugh -- things are never so terrible that human beings will cease to find humor. Not, at least, without ceasing to be human.

Though lauded by the writing and reading community, Gay himself was uneasy with success and the cultish attention that sometimes came with it. Same as Ken Kesey in the wake of his Merry Pranksters celebrity, he viewed it as a distraction and hindrance to creativity. Thanks to an utter lack of pretension, it was no artistic affectation that he would rather work than answer the phone or the door. Even so, visitors were regarded with compassion and generosity, no matter the hour of the interruption. And after dispatching callers with whatever answers or advice he felt was best given, Gay would be inevitably drawn back to his writing table and the plain drugstore-bought tablets and notebooks into which he preferred to draft his stories -- perhaps inspired by the interlude. No work, no experience would be wasted.

Surprised by his seemingly blunt arrival and shocked by his sudden death, the literary world will never be without William Gay. There is still a novel, The Lost Country, somewhere out there in the aether, and a plethora of nonfiction writing -- much of it about music, his love of which was barely eclipsed by his love of literature -- waiting to be collected. For years to come, the rich ferocity of his already available works will enthrall, electrify, magnetize, and inspire -- paraphrasing from The Long Home, these are the things time will not take away from us.

Originally published in the Mobile Register, March 04 2012
Posted by Gilbert Jim at 10:32 PM No comments: