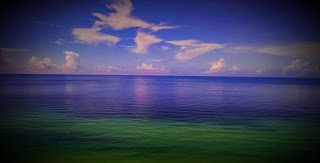 Zen does not confuse spirituality with thinking about God while one is peeling potatoes. Zen spirituality is just to peel the potatoes.
-- Alan Watts

The map is not the territory.
-- Alfred Korzbyski

Eternity is not a length; it is a depth of time. We enter and meet there through the sacrament of love.
-- Forrest Church


Time is but the stream I go a-fishing in. I drink at it; but while I drink I see the sandy bottom and detect how shallow it is. Its thin current slides away, but eternity remains. I would drink deeper; fish fill the sky, whose bottom is pebbly with stars. I cannot count one. I know not the first letter of the alphabet. I have always been regretting that I was not as wise as the day I was born.
-- Henry David Thoreau

The purpose of the universe of the flowering of consciousness.
-- Eckhart Tolle

You are an aperture through which the Universe is looking at and exploring itself.
-- Alan Watts

Life is now. There was never a time when your life was not now, nor will there ever be.
-- Eckhart Tolle.

Question with boldness even the existence of a god; because if there be one he must approve of the homage of reason more than that of blindfolded fear.
--Thomas Jefferson

You can safely assume you've created God in your own image when it turns out God hates all the same people you do.
-- Anne Lamott

Worry is a form of prayer for something you don't want.
-- Bhagavan Das

There is no coming to consciousness without pain. People will do anything, no matter how absurd, in order to avoid facing their own soul. One does not become enlightened by imagining figures of light, but by making the darkness conscious.
-- Carl Jung

People tend to become like that which they love, with its name written on their brows.
-- Huston Smith

The Astrolabe of the Mysteries of God is Love.
-- Rumi

God is being, awareness, and bliss. God lies on the further side of being as we understand it, not nothingness; beyond minds as we know them, not mindless clay; beyond ecstasy, not agony. Understand with Shankara that "the sun shines even without objects to shine upon."
-- Huston Smith, The World's Religions


Ring the bells that still can ring
Forget your perfect offering
There is a crack in everything
That's how the light gets in.
-- Leonard Cohen
Posted by Gilbert Jim at 12:00 PM No comments: