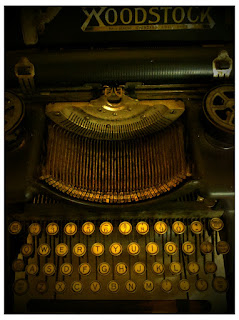 I don't know Harper Lee, and I don't pretend to. I know some people who do know her -- but this is like saying "I'm not a doctor, but I play one on TV." So when Charles Shields contacted me last fall about the biography he was putting together, I spoke to him more out of my own curiosity than anything else. What could I know that could possibly be of interest? He was surely scraping the bottom of the barrel, calling me.

And there are arguments to be made that Mockingbird: a Portrait of Harper Lee is composed primarily of barrel scrapings: Shields did not have access to Lee herself, and many of her closest compatriots were loyally mum. Still, like any mulligan stew, the success lies in how you combine the elements you do have on hand. Given that this particular stew is one for which people have been hungering for some time, the question becomes: How much flavor can something have when there's no main ingredient?

The book concentrates on the obvious eras: Lee's childhood and college years; her early period in Manhattan during the writing and revising of To Kill a Mockingbird; the time spent with Capote researching In Cold Blood in Kansas; the release of her book and then the film version; and finally an essentially speculative section, only fifty pages or so, devoted to the time since 1965. To flesh out what little is known, Shields uses heaping helpings from previously published biographies of Truman Capote, Gregory Peck, and Horton Foote. He's collected a multitude of interviews with and articles about people who surrounded Lee at one time (it seems he dug up every article ever published that even mentions Lee's name, quite a feat of research). Though of questionable value, there's also an abundance of first-hand accounts from people who claim to be former classmates, childhood friends, and other varieties of distant acquaintance.

Even with his careful reliance upon this bounty of sources, Shields misses crucial inconsistencies and downright contradictions that prove the fallibility of such varied subjectivity: in describing A.C. Lee, the man whom so many believe is the template for Atticus Finch, neighbors recall him being "detached... not particularly friendly" and further say "the image of facing down the crowd of rough necks has never rung true to me." But a page later, without comment, come two hearty, if slightly at-odds, accounts of A.C. facing down a group of Klansmen. Shields also leads himself into some early, unwarranted speculation about the personality of Lee's mother; by the time he offhandedly admits, late in the book, such views come from mistaken (or intentionally mistaken) accounts, the damage is done -- he has perpetuated the error.

It is reasonable to assume that a reader wishing to better understand the author of To Kill a Mockingbird would appreciate a detailed description of small town life in Monroeville during the 1930s and the prototype personalities and events that would eventually find their way into Lee and Capote's stories (the Jewish store owner who knowingly sold bedsheets to Klan members; the snuff-addicted baker of fruitcakes; the Monroe County court case that became the basis for Tom Robinson's trial). The book is therefore flush with ornamental, atmospheric, secondary detail. While impressive and engrossing, it ultimately becomes testament to the Invisible Center: Shields at one point spends six lines of text describing the functions of an Underwood typewriter.

He makes the same miscalculation later on, describing the Clutter investigation and initially making the most of newly unearthed materials from the Capote Papers at the New York Public Library -- but buries the effort by piling on information (a four-page room-by-room description of the Clutter home, mainly devoid of any firsthand accounting) that can be more effectively gleaned from the pages of In Cold Blood itself.

The book is most effective when Shields stands back and lets Lee speak for herself. Good use -- revealing Shields' reverence for his subject -- is made of excerpts from the University of Alabama publications Crimson White and Rammer Jammer; Lee wrote for both during her time there. Even better are the snippets from interviews conducted during press junkets following both the 1960 publication of Mockingbird and the release of the film version a handful of years later. All of the excerpts showcase Lee's warm personality, not to mention wicked wit. (An authorized collection of these first-hand materials, framed only by editorial, contextual narration, would make a great read -- though such a beast seems unlikely to appear any time soon.)

On a chilly November evening in 2005, I entered the Capri Theatre in Montgomery and settled in to watch Phillip Seymour Hoffman in the title role of Capote. Even in understanding that the film was a speculative, compressed take on the investigation of the Clutter murders that led into the writing of In Cold Blood, I was taken out of the experience each time Catherine Keener appeared onscreen as "Harper Lee." I knew by the report of a mutual friend that Ms. Lee had indeed already seen the film and, though she reportedly thought Hoffman did a fair enough job, was largely dismissive of its many inaccuracies.

I could not keep from wondering how uncommonly weird it must be to live a complete life, quite like anyone else, but for a moment or two, decades prior, when you had a hand in something extraordinary and which left a profound legacy. And for someone to then make a movie about that legacy, that singular moment from your life, without your input or consent. A movie that then hundreds of thousands, perhaps millions, of people see. I tried to think about how I might feel if someone in Hollywood made a film about something that happened in my life during, say, my college years (our intramural water polo team, while not heroic on the order of the 1980 US Olympic hockey team, did, in fact, rock). Would they get the details right? What would it be like to look into the 30-foot face of my onscreen avatar and think, Some of this is right ... but the rest is all wrong?

About a month later, I was contacted by Charles Shields. His research had led him to an old essay I wrote for the Mobile Register Sunday book review page, describing how I tackled the popular Alabama parlor-game of half-baked speculation regarding whether or not Truman Capote had actually written To Kill a Mockingbird by reading Mockingbird and In Cold Blood back-to-back and, observing the different styles and tones, concluding that a kindergartner could figure out the truth of it. I was rewarded for this exercise by a phone call from the author of To Kill a Mockingbird. You can surmise that it was, indeed, Harper Lee -- Truman Capote having been dead since 1984. Not to mention, our mutual friend Wayne Greenhaw confirmed the call, chuckling, "She doesn't make a lot of those." For a while, I included short account of this interaction as a "postscript" to my essay, but finally excised it since, frankly, it's more fun to tell in person, with added jokes and detail and whatnot; that Shields could use the Way Back Machine to access it anyway is a reminder that the Internets never forget.

Meanwhile, there is no disputing the mystique surrounding the author of To Kill a Mockingbird. But I don't think you can pin it down easily by attributing it to a "literary mystery" regarding her singular output and long silence. After all, go tell it to Emily Bronte. I don't think the ongoing fascination has, at its core, anything much to do with Lee's personal choices -- that is just a symptom. The fascination, truly, is deeper -- having much less to do with Lee herself than is comfortable to admit.

We live in a culture that equates success not only with cash flow but with notoriety, where the media feeds on personalities who are famous for being famous -- a phenomenon so common, it's become an accepted joke. Lee is someone who bucks all expectations, who has achieved unqualified success in her chosen field of endeavor, and who has subsequently chosen the joy and satisfaction of simply having done Good Work. There is no evidence of a drive to better what, perhaps, could not be bettered. Not even the apparent need to ride the self-satisfying gravy train of celebrity that could certainly accompany Being Harper Lee -- at any moment, she could pick up the phone and start making the talk show and lecture circuits. But there's really no need. The literary and popular stature of To Kill a Mockingbird is above and beyond any aid she could give at this point.

And I'm banking that Harper Lee knows it. So she has chosen for herself the dignity of a quiet, normal life. Being the woman who wrote a book that defines a watershed moment in American culture and has touched and inspired millions -- millions -- of human beings around the planet, she chooses, courageously, to let her Good Work speak for itself.

For many of us, that choice -- the conundrous decision to not behave like a famous person when in fact it is always within her ability, at any moment, to do so -- is baffling. The unfortunate thing is that it should not be. We should all just aspire to have a little value in our lives, to do a spot of Good Work, find pleasure in it, and move on.

Atticus himself would ask of us little more than that.

Originally published in the Mobile Register, July 23 2006
Posted by Gilbert Jim at 2:00 AM