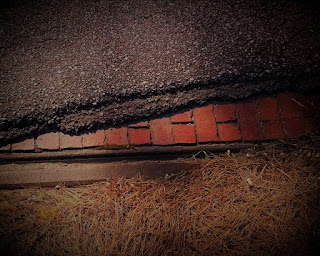 There is a distinct branch of Science Fiction, what we might call the Office of Dystopia, which quietly began operations during the Industrial Revolution, late in the 19th Century. Earlier, in accordance with prevailing philosophies, speculative fiction tended towards more rose-tinted outlooks; people believed history was progressing and improving, the trend was upwards, Heavenwards, and the fortunes of Mankind were leading to if not Earthly Paradise then certainly to some graceful, affluent state. Many metaphorical tales for the Age of Exploration do in fact revolve around quests for "lost" civilizations, heretofore undiscovered countries inside the planet's crust or hidden at the poles, or accessible dream worlds -- all of which represent the kinds of beatific society assumed to be the ultimate fate of Earth's citizenry. Two definitive, if late, expressions of this school of thought appeared in 1933: James Hilton's Lost Horizon, a travel brochure for the Utopian hideaway of Shangri-La, and H.G. Wells' The Shape of Things to Come, a prophetic dispatch from a future society dedicated to the global promotion of science and the arts. (Neither of these novels is entirely Utopian in scope, each hinting at impending world war, and can thus be said to provide bridge material for the harder, more pragmatic brand of SF just around the corner....)

As the world entered first the Machine Age and ultimately the Atomic Age, the "scientific romances" popularized by Wells and Verne and Edgar Rice Burroughs turned quaint, even gauche. Speculative fiction began directly siphoning the promises of applied sciences and engineering -- disciplines increasingly applied to military weapons development, bottom line being the cost of human lives during wartime -- and was thus forced to view Utopian dreamscapes through a harsher, more cautionary lens. (The more recent "steampunk" offshoot of SF retrofits 21st Century sensibilities into Victorian settings and tech, resulting in yarns dyed deeply with irony. See: Pynchon's Against the Day (2006) which by no accident contains, among many such plot threads, a futile search for Shambhala during the run-up to World War I, as though uncovering such an idyllic place might somehow save the world from impending doom.)

Propulsion being a by-product of detonation, rocket technologies did not generate only stories of travel through outer space; as the Cold War dawned across the 1950s and the geopolitical landscape divided into East and West, nuclear apocalypse mushroomed into a daily threat, an invisible cloud looming over the planet, likely to burst at any moment. Writers best equipped to scry the future saw grim patterns in the crystallizing mist; proposing improved futures fell to nostalgia for a better world that should-have-been but never came within reach -- the perpetual folly known as The Good Ol' Days. Tapping into underlying fears of the future, the sub-genre of post-apocalyptic SF was easily geared up and sent shambling over the literary landscape.

Whether dealt with via metaphor or more directly, post-apocalyptic narratives break down the business of survival in an environment rapidly coming to pieces, or already in pieces. The means of destruction may differ -- plague, unnatural depletion of resources, nuclear annihilation, brain-munching zombies -- but the response is every time identical: just like the song says, Hit the Road, Jack. It's never safe where you are, but there's a Promised Land just over the next hill, and you may as well die trying to reach it. (Notable exception, in which a cadre of characters dig in and band together: Frank Conroy's Alas Babylon (1959). Following a one-day nuclear war, citizens of a south Florida community coalesce so firmly that when the military finally arrives, offering to move them elsewhere, they refuse to go, steadfastly believing they can best rebuild where they already are. The novel is a dramatic study in the civil defense mindset of the Eisenhower Era, but is otherwise a statistical anomaly within the sub-genre.)

George Romero's zombie films trace their pathos to the Richard Matheson novel I Am Legend (1954) in which prototypical last-man-on-earth Robert Neville is besieged by bloodthirsty creatures (humans transformed by a mutant virus) who swarm his suburban castle after sundown; like any good mid-century American citizen with a backyard bomb shelter and an instructional brochure on nuclear fallout, Neville pragmatically hunkers down to wait out the insane disaster. Romero's Dawn of the Dead (1978) takes doomsday prepping to the next level, with a band of characters holing up in a shopping mall they convert into a fortified private compound, shutting out the undead hordes. While Romero satirizes consumer habits, the real truth unveiled is how quickly and terribly society deteriorates when under siege, and how safe places become hideous traps. To survive, keep moving -- the moving target is hardest to hit.

More than simply fleeing danger, Apocalyptic Wanderlust is fueled by the basic desire for human connection, for families and clans. Dystopian novels often feature characters beginning their journeys alone, then in slowly aggregating communities as the plots progress. In Nevil Shute's On the Beach (1957), Australian survivors of a nuclear war await the arrival of drifting radioactive clouds. When a Morse Code distress signal from North America is picked up, the military dispatches a submarine to investigate; this quest for fellow survivors becomes a major plotline but the novel remains chiefly concerned with how people address their fates, how much quality and grace they carry into their final acts.

Two novels by Stephen King follow a more typical "travel narrative" pattern: The Stand (1978) and Cell (2006). In both books, overnight catastrophe wipes out the majority of the human race, leaving those unharmed by either flu-like plague or brain-frying microwave pulse to suffer dreams and visions which compel them to a common destination (in The Stand, it's Colorado; in Cell, central Maine). Staying alive is not a solitary endeavor, but a common one -- it's going to take a village to reconstruct civilization, after all. Anyone who has endured the calamitous, ongoing aftereffects of severe weather (hurricane, earthquake, tornado, take your pick) understands how important, how inherently logical, neighborly relations are. Permanently wrecked infrastructures of course means the disappearance of law enforcement, the rise of self-deputized vigilantes, not to mention armed highwaymen with a severe case of the Self Interest. Within this void, citizens necessarily become clan members -- continually protective, defensive, wary.

So, as characters strike out for the Unlikely Promised Land, they must also watch their backs. This is the underlying scenario of Cormac McCarthy's The Road (2006), a novel that differs from the usual post-apocalyptic template in one important way: in most cases, whatever disrupted society remains part of the ongoing story, like the tribal struggles over gasoline in George Miller's film The Road Warrior (1981), or how in John Wyndham's novel The Day of the Triffids (1951) deadly bio-engineered plants have usurped mankind's primary position on the food chain, with plot revolving around efforts to keep the creatures at bay while also seeking permanent sanctuary from them. But in The Road, the only real goal in sight for the unnamed father and his son, heading inexorably south to the coast during relentless nuclear winter, is daily survival. Killers and cannibals roam unchecked through the poisoned landscape, as if the ashen wastelands were not obstacle enough, but man and boy persist because that is all there is to do -- cling to each other and continue.

Like Rod Serling's classic Twilight Zone episode "The Monsters are Due on Maple Street" (itself an allegory of the Cold War-related Red Scare), the story is concerned only with what the characters do with the incomplete hands dealt to them -- whether they will act rationally or succumb to hysteria. In many ways, The Road echoes On the Beach, illustrating how disaster and death are not just inevitable, but ever-present -- we shouldn't need a global disaster to remind us how to live and love and take each day to our bosoms like rare treasure.

At the end of McCarthys' novel, there is no ultimate Better Place, only more of the same. While on one hand this contradicts the logic of setting out in the first place, it also underscores the intrinsic importance of believing in a Better Place. That a phoenix might arise from the ashes of the old world, and be waiting at the end of a hard journey, is reason enough. Even when faced with overwhelming odds, hope dies hard -- and that's exactly as it should be. More than youthful vanity or misplaced survival tactics, the drive to outlive an apocalypse -- atomic, viral, or zombified -- is what makes us fully human.
Posted by Gilbert Jim at 7:24 AM