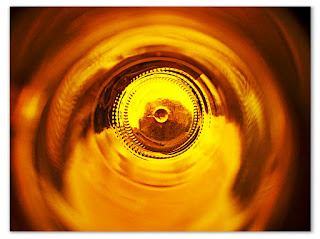 Given the amount of alcohol, paranoia, and depravity splashed across its pages, one might almost consider Hunter S. Thompson's early novel The Rum Diary a thematic prequel of sorts to Fear and Loathing in Las Vegas, published to great infamy some twelve years later. Initially drafted in 1959 when Thompson was twenty-two years old, freshly discharged from the Air Force, and working as a sports reporter in San Juan, Puerto Rico, The Rum Diary is otherwise a fairly conventional if picaresque narrative, notable chiefly for the hallmarked nervous prose style of the man wielding the typewriter.

Paul Kemp is a wandering journalist who, following stints in New York and London, has managed to land (as Thompson had) in San Juan for the purpose of working at a doomed English-language newspaper, the Daily News. A chaotic soup of characters is immediately introduced: first is Sala, a dejected and cynical staff photographer who spends most of his time bemoaning his "degenerate" co-workers; if it weren't for freelance undercover assignments shooting casino interiors, he might have no work at all. Kemp is amused rather than engaged by Sala's rants, and hangs around him more for the entertainment value than the friendship. The paper's editor is the blustery Lotterman, who rotates stale assignments among the pool while assuring them the paper has loyal backers and adequate funding. Chief among the correspondents is Yeamon, supposedly researching why the locals are deserting the tropical island paradise even as privileged Americans are flocking to it; mostly, though, Yeamon would rather pick a drunken fight than file a story.

Because the newsroom is such a craven hive of flop-sweat-covered desperadoes, Kemp spends most of his time at Al's Patio, a neighborhood hangout where the beers are cheap and cold. Yeamon's beach shack on the other side of the island is also an attractive refuge, not least due to his winsome blonde girlfriend Chenault, who makes a hobby of sunbathing naked in order to rile to local fishermen.

As Kemp befriends Sanderson, a former News editor now aligned with "big PR outfit" Adelante, he slowly realizes the foundering paper is merely an organ for larger interests in American land investments, to be tossed aside once the right deals have been made. Though well paid to script brochures for a shady development project, Kemp increasingly submits to his growing ennui, a disastrous tendency as Carnival season approaches -- that frothy maelstrom of street partying, sexual tension, and unlooked-for racial violence. Despite many options, and the acknowledgement that he is riding a wave he does not quite understand, he is content to see where the momentum will ultimately beach him -- perhaps into the arms of the gorgeous Chenault, perhaps into jail, perhaps both.

Overall, the novel is a winning pastiche of youthful indiscretions not unlike early Fitzgerald (Thompson was a big admirer) or Michael Chabon's The Mysteries of Pittsburgh, another debut novel which heralded the arrival of a great talent while only hinting at the direction said talent would eventually take. Thompson's writing is crisp, elegantly raw. The plot is thin but the adventure-filled episodes are legion -- bar brawls, sexcapades on midnight beaches, drunken spear-fishing, narrow escapes from law enforcement -- and all spiced with Thompson's prescient wisdom, already prominent in his world-weary descriptions of vagabonds and grifters and fools. Such observations (if not obsessions) would come to fruition in Thompson's later writings of the 1970s, as he sought to make sense of the perceived departure of the American Dream, to find "that place where the wave finally broke and rolled back." Here, he writes of a full decade prior, just before the wave crashes on good men who should have known better. One cannot help but wonder what Thompson would say about the current trending nostalgia for the early 1960s, now falsely painted (as all prior eras tend to be) as a grandly innocent, gently flawed time -- perhaps he would sadly echo Kemp's bitter observation at the end of the novel: "The ride gets pretty ugly from here on in."

Originally published in the Mobile Register, February 19 2012
Posted by Gilbert Jim at 1:41 PM