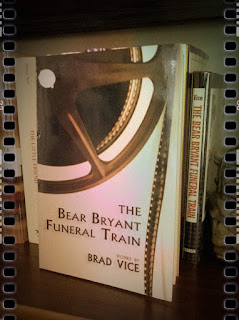 This is a book I edited. The first edition had been declared out-of-print due to a plagiarism controversy/literary misunderstanding, however you want to see it. What I saw was a good book that deserved a second chance at life.

Early on I had the idea to reassemble the collection using Brad's original graduate thesis as a manuscript, which would then be bolstered by an academic apparatus similar to that of a Norton Critical Edition. This remained just an idea, however, until I became aware of Jake's fierce defense of Brad's literary technique on the storySouth blog. Was he willing to redesign that elegant argument for print? He absolutely was. Before long I also had two other great writers on board, Michelle Richmond and John Dufresne, as well as Professor Emeritus of the University of Alabama, Don Noble. But it was Jake who set the table.

On 15 December 2012, Jake suffered a fatal stroke, and left holes in the hearts of all who loved him, who worked alongside him, who learned from him, who read his work. He was merely forty years old: It's hard not to imagine how we've been robbed of decades of powerful, insightful poetry and impassioned prose -- quite possibly even of an eventual Poet Laureate. Upon hearing the news, I sought out his prose poem "Leaving Alabama" which, near the end, advises:


Drive one last time along the river, and don't think how the morning sun lights it till it looks like molten steel [...] Look straight ahead. Adjust the rearview mirror. Adjust the rearview mirror. Feel it warm beneath your hand, its box of river and sun and steel and shadow. Ignore your heart rising to your throat, this terrible relapse. Think of everything you hate. Everything. Then pull the mirror down.

Jake, I did not know you well enough. But I do know that when your mirror was pulled down, so unceremoniously and by a hand not your own, there was no hate anywhere in sight. You've taken too much love with you for that. We'll miss you, buddy. Say hello to Jeanne and Wayne and William for us in the meanwhile. Peace.
Posted by Gilbert Jim at 1:56 PM